COVID-19: Yes, we are open! Find out how we are keeping our customers safe while protecting their property.

In Australia we have many species of ants and each species follows the basic structure of living and working in colonies with their populations being made up of soldier and worker ants plus a single queen. 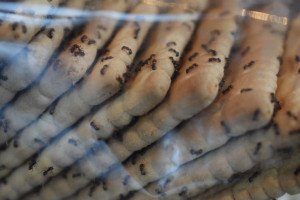 Their colonies tend to be permanent in nature and can be located in soils outdoors where their activity can be seen by the deposition of soil on footpaths, gardens etc. They will also nest in timber, under pavers, in wall cavities and in roof voids so knowing how to get rid of ants can be a priority.

Ants are a highly developed social insect that will travel long distances for food following their own pheromone trails they've established and clustering around their food and becoming an unwanted nuisance in Newcastle homes and businesses. 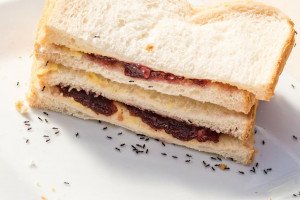 In Newcastle the most common types of ant species present are:

Control and Treatment of Ants around your Home or Business

Ants can be one of the most difficult insects to control. The ants that we see on the surface is only about 5% of a colony. "Old" remedies such as pouring boiling hot water or petrol over the ants, or spraying them with hardware store bought repellent dust, will only be temporarily successful as the majority of the colony will remain safely underground and will simply relocate or resurface a few weeks later.

At Perimeter Pest Control we have a great deal of experience in the control of ant colonies and we would recommend the following methods:

Contact Perimeter Pest Control today on 0427 571 447
or email us at admin@perimeterpest.com.au and have one of our expert technicians solve your ant problem!

From my wife's perspective, as a woman, they were very respectful and informative. They fill her in on everything and don’t treat her like "well you’re just a woman, who cares, and ring me". They leave her with all the information verbally and she tells me when I come home from work. It’s a major plus.

I've dealt with a lot of pest companies in the past. Some large organisations and some sole traders. I found them (Perimeter) easier to deal with, faster to respond. In that regard, it made more sense for me to work with them. I asked for quotes from some larger organisations and they didn’t even provide the quote on time.

I would recommend them to anyone. They are thorough, honest and do the right job. They are informative, they give you all the information that you could possibly need. And they always, always communicate with me well whether it is via email or text.

He’s always been open and honest and we trust him. What you see is what you get. You can tell just by speaking to him that he was an honest fella. So I decided to ask him to do it then and there. I didn’t even know the price yet.

I just had a termite chemical barrier put in place. Shane called around promptly to assess the site and quote. He kept me informed on when he could do the job and what was involved and arrived on time to get it done. Price was good and I found Shane to be very professional, friendly and courteous.

Called up Shane to do a chemical termite barrier around our house. Was super professional and very down to earth. He did an amazing job and I highly recommend him to everyone I see

Anytime I've asked about anything that’s come up. He's been happy to come out and help me with it, talk me through the options and come up with a plan.